One theory of finance is that certain projects are beneficial for society, and if you come up with one of those projects then you can go to the capital markets and seek financing for those projects, and investors say “this project sounds beneficial for society so I will give you money,” and you raise the money and do the project, and it benefits society, and so you get lots of money, because money is the way that we keep score of how much you have benefited society, and you give some of the money to your investors to reward them for doing the socially beneficial job of financing your socially beneficial project.

Third-party delivery platforms, as they’ve been built, just seem like the wrong model, but instead of testing, failing, and evolving, they’ve been subsidized into market dominance. Maybe the right model is a wholly-owned supply chain like Domino’s. Maybe it’s some ghost kitchen / delivery platform hybrid. Maybe it’s just small networks of restaurants with out-of-the-box software. Whatever it is, we’ve been delayed in finding out thanks to this bizarrely bankrolled competition that sometimes feels like financial engineering worthy of my own pizza trading efforts.

Capital-intense companies like Doordash and Uber do change and improve peoples lives, whether they are sustainable business is another questions.

The Unicorns Fell Into a Ditch - bloomberg:

I never listen to SoftBank Group Corp.’s earnings calls, but I do tend to skim the earnings presentations for the pictures. Usually the pictures managed to capture something essential about the zeitgeist, even if you don’t listen to the call; they have a purity as icons, as archetypes, even stripped from the context of SoftBank’s quarterly financials. For instance I think we can all project our hopes and fears for the current economic moment onto this series of slides from today’s earnings presentation: 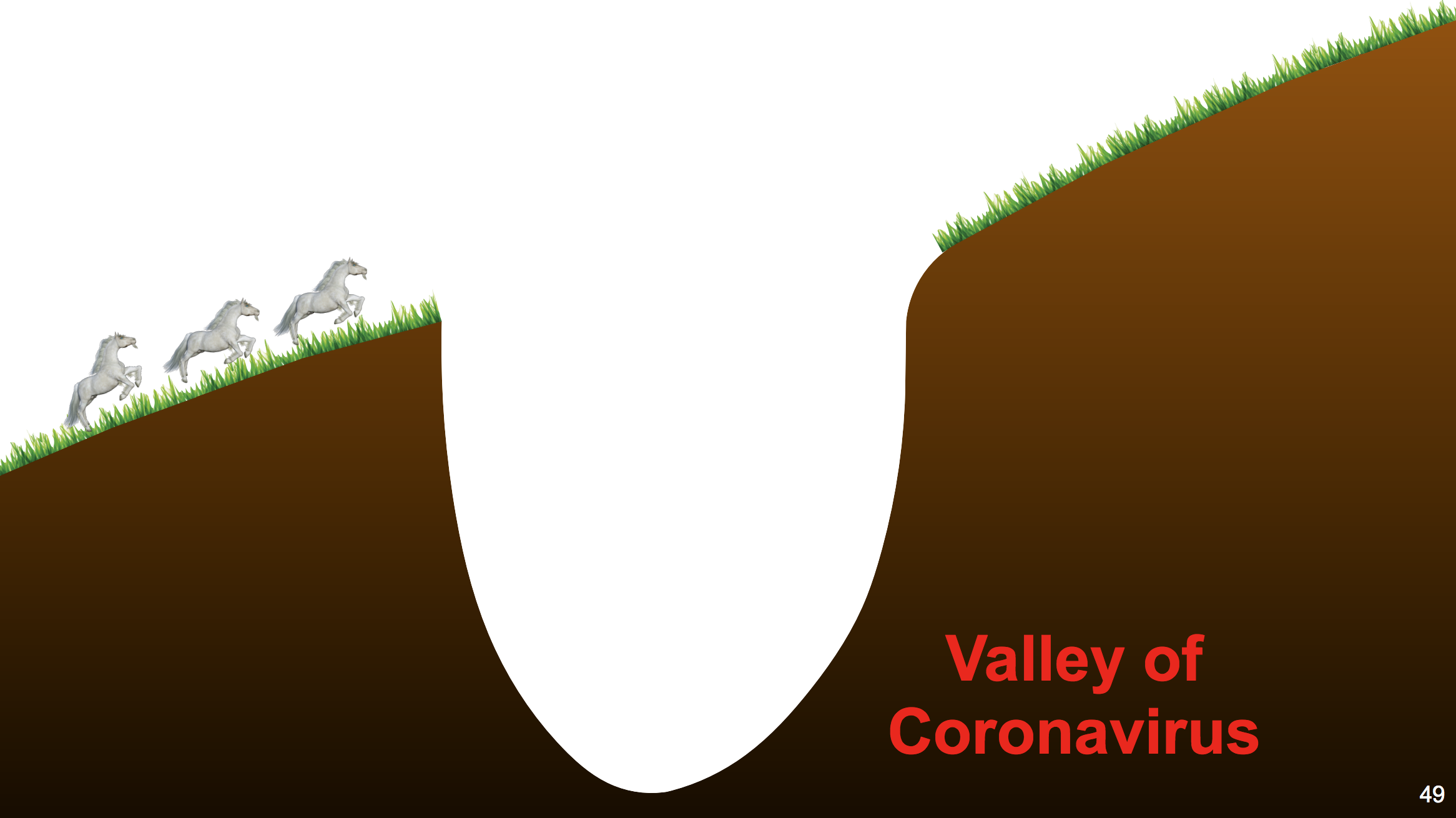 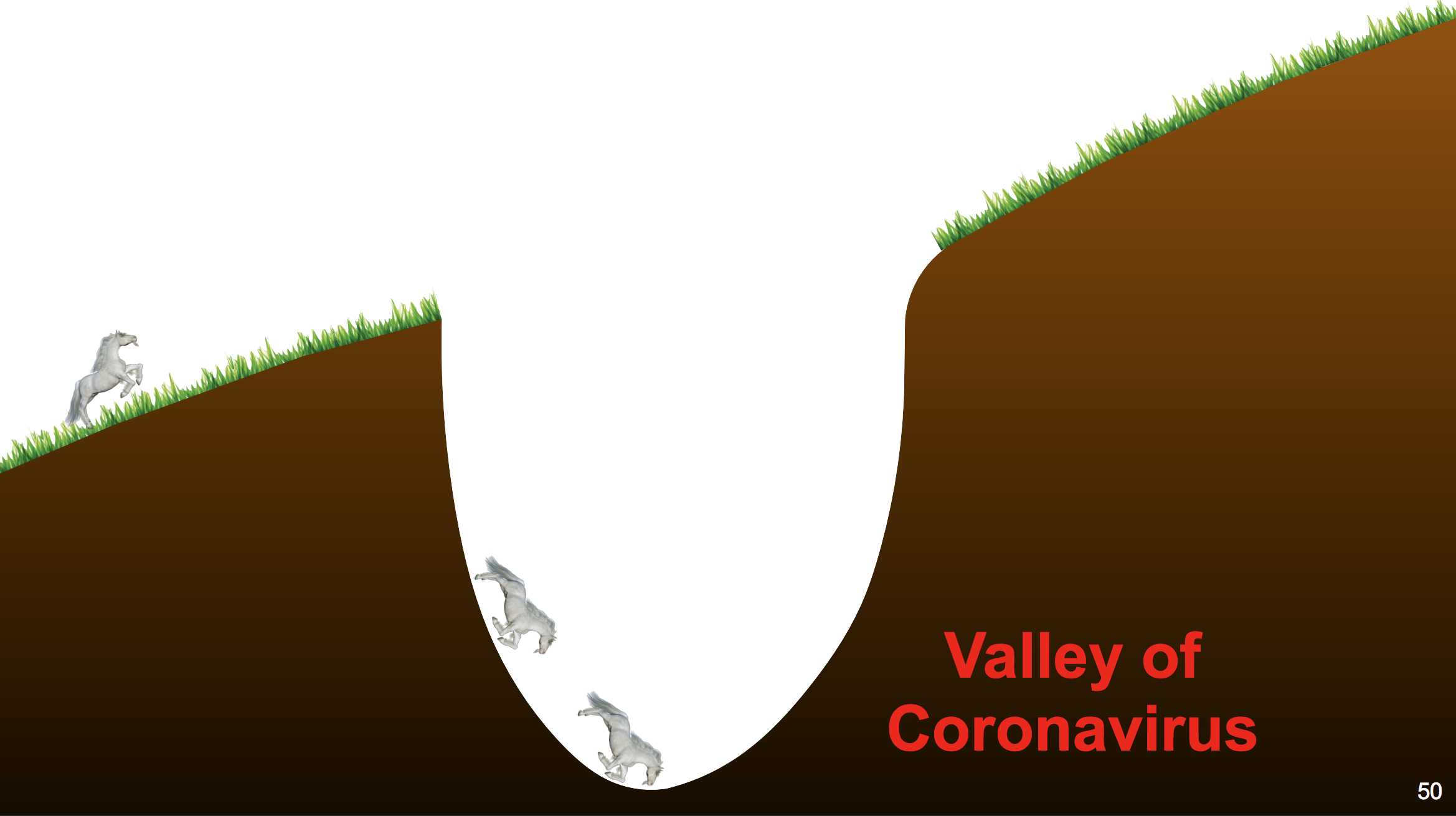 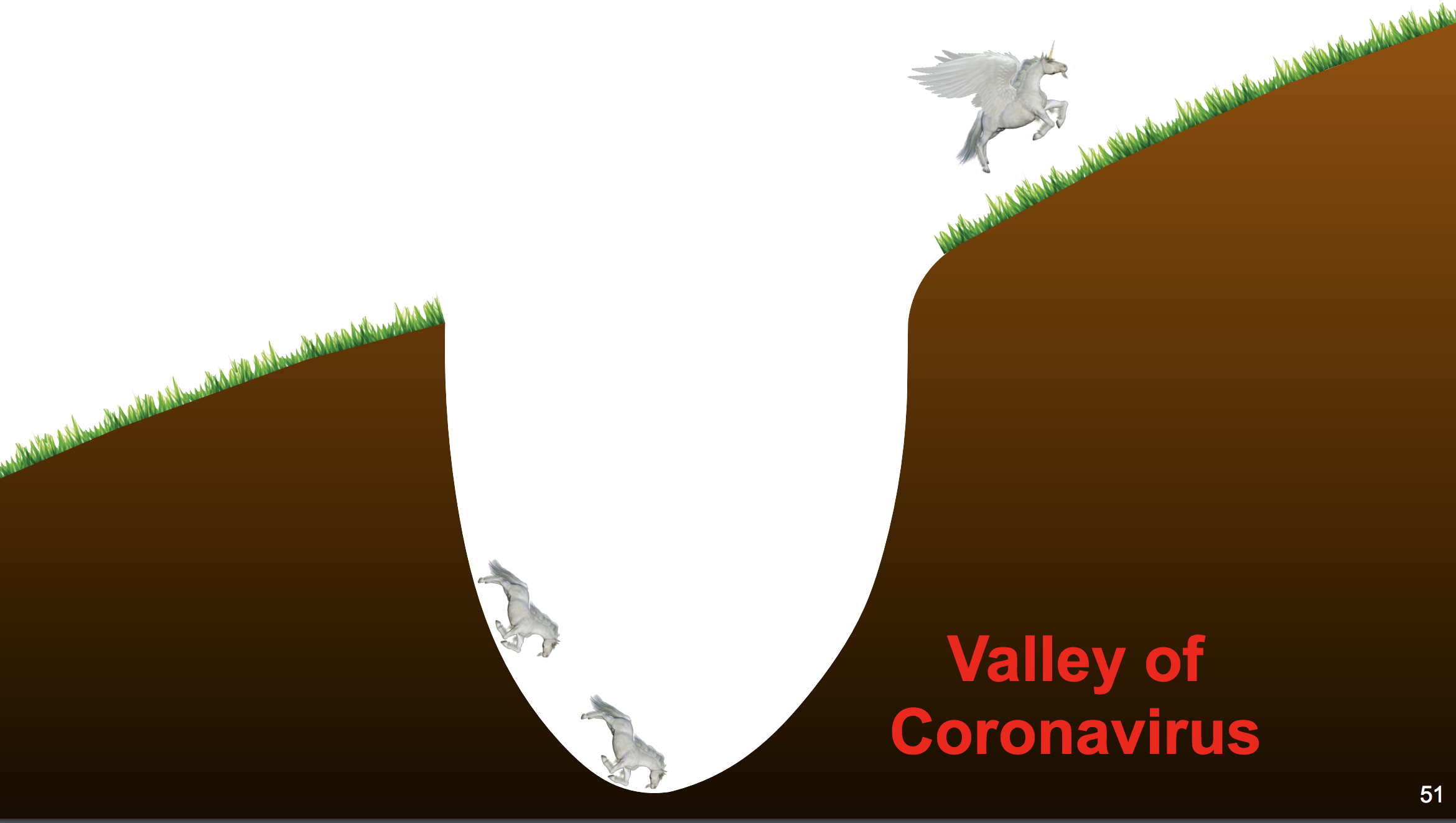 Fantastic read. One can’t make this stuff up. Also shrewd observation as usual:

Naively I would think that a pandemic would be good for MoviePass: If your business is buying movie tickets for $14 and selling them for $10 a month, months when all the movie theaters are shut down should be relatively profitable.

Nice; didn’t know this is a subtheme but such obvious.

Wii U is missing.

Inside the LEGO Room of Brickset Founder Huw Millington - youtube:

Finally to know what Huw looks like, the man behind brickset. After seeing this though I feel strongly that I am clearly not a man fond of collecting Lego. I might play and display a few, but just hard to imagine me owning boxes of bricks sorted by colors and also giant cabinets for so many sets, and pursuing complete sets of minifigures.

The fact that reading such doesn’t bring much new or surprise things about Trump anymore says how bad his handling of the virus.

No Mask, No Dice - daringfireball:

I recall a similar sort of opposition to these laws as we see now with mandatory face masks. Opposition to compulsory seat belt laws always seemed crazy to me, because the evidence was so overwhelming that seat belts save lives and greatly reduce injuries that it was clearly worth making an exception to the principle, widely held in America, that the government generally shouldn’t tell people what to do. But crazy or not, opposition there was. “Fuck you, I don’t want to wear one, it’s a free country.” Word for word, the same sentiment then about seat belts as now about face masks.

Didn’t know about the seatbelt thing; interesting. The whole mask mess gives me a refreshing view of western culture. One of the things is the line between choose and hold on to your own belief, and arrogant stupidity is dangerous blurry. Another thing is it has been blurry for a long time, not just recently.

Too Much Money Can Be Bad for Banks - bloomberg:

No computer had seen a coronavirus-related economic shutdown until a few months ago, and no human had either, but the humans might genuinely have had better intuitions for dealing with that novelty. “Hmm, what will my family do if we can’t leave the house, and how can I extrapolate that behavior to the broader economy?” is a thought process that a human could have when faced with a novel situation; it’s harder for a computer. (Computers never leave the house.) A lot of the work in financial markets is essentially pattern matching, figuring out if this thing will turn out like that thing or more like the other thing, and computers can see and remember more patterns than most humans. But when the pattern is totally new, the humans may have an advantage.

This is a mild version of how algorithms/robots could take over the world as they are designed to be processing things logically without any humanity touch.