Somehow nearly all comments are around topics about China, so I name accordingly. As usual this post was cross-post at substack too. Go there for fancy and easier email subscription. 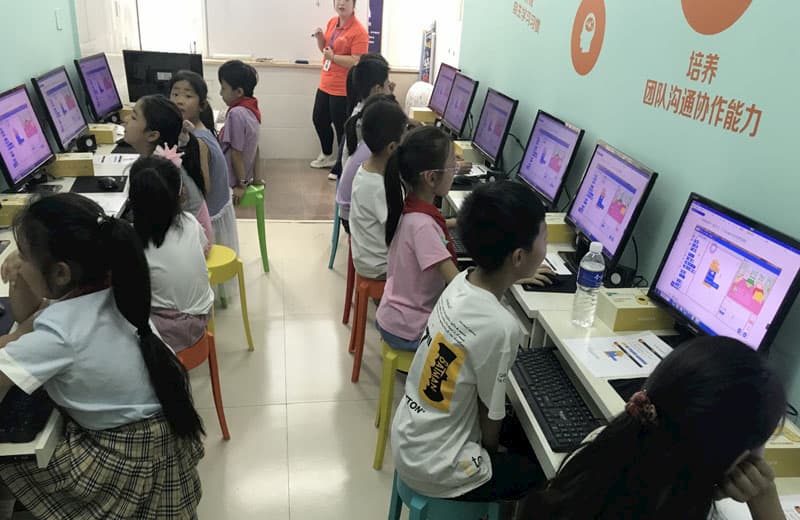 Such computer programming class for kids is getting strong attention among young parents in China. Apparently, 9 year-old is considered an age too late to start the class - kids usually are enrolled at age of as early as 6. Dating back to when we were kids, there weren’t anything like this. Instead there was internet cafe, and we went there for gaming, like this:

That was a time when internet connection and computers are still expensive and not every family could afford them. I wouldn’t trade gaming for class for sure.

This is from a Pew research of views of China from different countries. I like how remarkably consistent Japan has been over time. 你当然找不到任何中国官方媒体报道这个研究。

Two officials in the eastern Chinese port city of Qingdao have been punished after a cluster of 12 coronavirus cases was found in a hospital, triggering the city to test all its 10 million residents.

A warning for Taiwan; Xinjiang; NBA’s China troubles may be over soon - sinocism:

As part of the campaign this week to expose alleged Taiwan spies, the Thursday People’s Daily carried a harsh commentary on page 7 - “On the right side of history-Letter to Taiwan Intelligence and Security Agencies 站在历史正确的一边——告台湾情治部门书 - 安 平”.

The commentary included a rarely used in the People’s Daily phrase that means “don’t say I didn’t warn you 勿谓言之不预也” (wu4 wei4 yan2 zhi1 bu4 yu4 ye3) The specific wording was used in editorials (社论) by the paper in 1962 before China went to war with India and before China invaded Vietnam in 1979, as well as a few dozen times over the decades in other pieces that were not editorials (社论).

It was used last year in a commentary by 五月荷 during the height of the US-China trade war, as discussed in the May 29, 2019 Sinocism. It now seems to be a bit devalued in terms of potentially signaling imminent conflict, especially if it appears in something that is not a People’s Daily editorial 社论, the most authoritative editorial statement the People’s Daily makes.

The original post is harsh and serous as usual, and many new media compare it with other 2 times when the phrase was used right before China wedges a war, claiming this is a dangerous signal. Personally I tend to agree with Sinocism more as this is more of a warning than a signal. Especially around such turbulent time there’s nothing to gain to start a war, not to mention US election is around the corner. We can maybe look back again a few months later, and hope we were right at this time.

A Warning About Glassdoor - mjtsai:

I have a very close family member that works for Glassdoor. I spoke to this person and found out that a strategic repositioning, if you will, for Glassdoor is that they are trying to become a PR company of sorts, so they are focusing on brand management for companies. As a result, they are getting very aggressive with negative review-takedowns while allowing very obviously fraudulent positive reviews to remain the same.

I think Glassdoor used to rely on on-site ads of job openings for revenue, which apparently didn’t work out. This business model not only commoditizes itself, since there many competitors offering the same service (monster, indeed, hired, etc), it doesn’t leverage its only advantage either, which is the organic review data. LinkedIn, on the other hand, was able to leverage its biggest strength, the professional network, by providing exclusive access through membership, which is attractive to both not only job seekers, but also recruiters, and basically whoever are into professional connections (which is a lot).

The repositioning means Glassdoor finally is look at its own strength, unfortunately in an unsustainable way. The business model is the same as that of Yelp, but not only the market is smaller (employer vs shop owner), but also is much less critical to its clients - Yelp reviews are one of the few ways people use to determine the eligibility of a shop, especially small ones, but employers usually own a PR/HR team, and have established channels to do PR and promote themselves (blog, recruiting event, etc).